Raleigh, N.C.-based Pepsi Bottling Ventures LLC (PBV), a joint venture of Suntory Group and PepsiCo, named Derek Hill as president and chief executive officer (CEO). The announcement followed the retirement of Paul Finney, who served as president and CEO from 2012-2021.

“Paul has strategically positioned PBV into the industry-leading bottling company that it is today. He is highly admired and will be greatly missed,” Hill said. “PBV prides itself as a top bottler and distributor of some of the most recognizable consumer beverage products in the world. I am honored to accept the role of president and CEO and look forward to many great years of continued success for our business, our customers, and consumers.”

Hill spent his 30-year career in the Pepsi system. He joined PBV in 2000 as vice president of corporate planning before assuming the role of chief financial officer (CFO) in 2008. As CFO, Hill led PBV to record-breaking profits and strategically managed a series of mergers and acquisitions that expanded the company’s distribution territory and sales footprint. 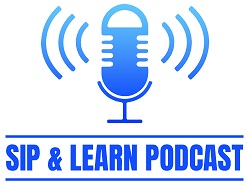 “We are very excited to welcome Derek as the new president and CEO of Pepsi Bottling Ventures,” said Kazuhiro Saito, president and CEO, Suntory Beverage & Food Ltd., in a statement. “He is an immense talent with a strategic vision, and I’m confident that the leadership transition will be seamless. Together, we will continue to drive PBV’s business forward.”

Kirk Tanner, CEO of PepsiCo Beverages North America, added: “The partnership we’ve had with Paul over the years has been simply outstanding and he has built a high-performance team that plays a significant role in PepsiCo’s success. As he takes on the new adventure of retirement, he leaves a legacy that should stand as a source of great pride and a model for the beverage industry. With Derek in his new role, we have a strong leader and trusted partner with world-class knowledge of the PepsiCo bottling business. He will help us take our relationship to even greater heights and we look forward to continued success together in the future.”

Hill officially assumed the role of president and CEO of Pepsi Bottling Ventures LLC on Jan. 1.