In the song “Smoke A Little Smoke,” country artist Eric Church sings about how he wants to relax with the lyrics, “Act like tomorrow’s 10 years away, and just kick back and let the feelin’ flow. Drink a little drink, smoke a little smoke.” As the beverage market evolves, consumers now are able to combine drinking a little drink and smoking a little smoke into one (fluid) action with new developments in cannabis-infused beverages. Experts note that formulating beverages with tetrahydrocannabinol (THC) and cannabidiol (CBD) components potentially could disrupt the market.

“Cannabis is poised to disrupt virtually every consumer industry,” Chicago-based Euromonitor states in its whitepaper titled “Here Comes Cannabis: How Legalization Will Disrupt Global Industries. “While the total global market for cannabis, both legal and illegal, stands at $150 billion today, Euromonitor expects the legal market to grow to 77 percent of total sales to $166 billion in 2025.”

New York-based Beverage Marketing Corporation echoes similar sentiments on the growing popularity of cannabis consumer packaged goods (CPGs), and beverages in particular. “Research indicates that many alcohol consumers are switching to or plan to switch to cannabis as it becomes legal,” the market research firm states in its 2018 report titled “Cannabis Is The New Alcohol: Reinventing Cannabis For Sustainable Mainstream Use”.

“New food and beverage product entries into this space are key contributors to the growth of this next phase of cannabis culture because the bulk of new use is by mainstream consumers who want a casual high similar to the alcohol drinking experience, and this user wants to replicate the social experience of drinking alcohol: it’s a demographic that prefers to drink or eat rather than smoke, and is most amenable to ingesting the substance over the course of an evening, slowly, in liquid or low-dose edible form,” the report states.

“The beverage industry is best positioned to help the new cannabis consumer replicate the social intake experience they are accustomed to with alcohol, but with fewer side effects,” it says.

As a result of this “next phase of cannabis culture,” beverage brands are formulating craft beverages that are infused with components of the green plant.

As one example, hemp-derived products increasingly have become popular. In February, Rochester, N.Y.-based FIFCO USA’s Hemptails brand launched Hemp’D, a flavored malt beverage made with organic, sterilized hemp seeds. Hemp’D is low-sugar and contains no psychoactive ingredients, the company says. Packaged in a 23.5-ounce single-serve can, it features an 8 percent alcohol-by-volume content and gives off an herbal aroma, the company says. 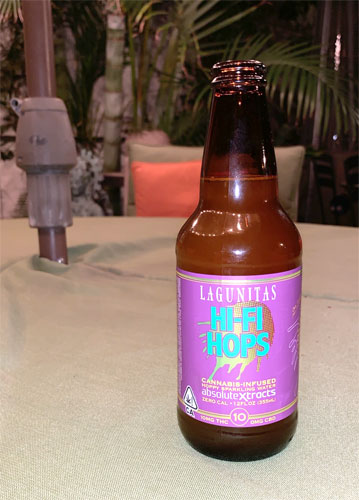 “We’ve often dreamed of hops and their cannabis cousin partying together at the family reunion,” said Head Lagunitas Brewmaster Jeremy Marshall in a statement. “We wanted to bring this party to life in a beverage. It’s high-time that good beer inspired a provocative, yet refreshing non-alcohol alternative. With a smidge of California sun-grown cannabis in every sip.”

“Selection of our THC extract was very important,” said Lyden Henderson, chief operating officer of High Style, in a statement. “A one- to two-hour delay from consumption to onset of effects was unacceptable to us. We believe that our consumers deserve a ‘self-regulating’ product, where they know by the time they finish their first High Style whether or not their individual tolerance will allow them to responsibly have another.” 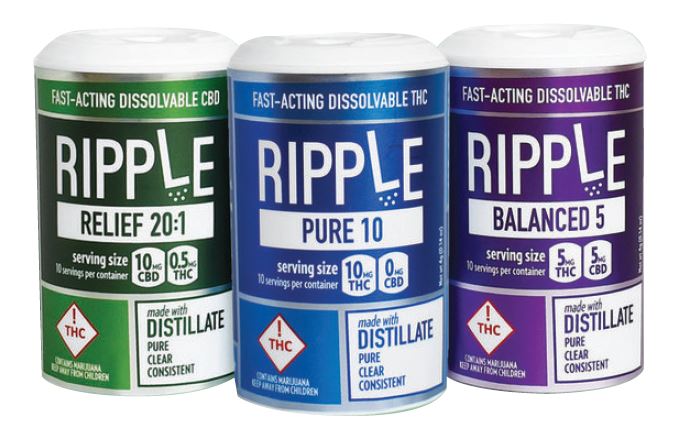 Stillwater Ingredients creates, processes and distributes THC and CBD water-soluble distillates called Ripple. Ripple can be added to any food or beverage of the consumer’s choosing. (Image courtesy of Stillwater Brands)

As for the future of cannabis, it likely will disrupt not only the beverage alcohol market, but the CPG industry as a whole as society becomes more educated on the effects of cannabis-consumption and the move toward legalization continues, experts note.

“Reshaping millennia-old drinking rituals and providing an alternative to social lubrication occasions, cannabis should be either embraced as a symbiotic opportunity or faced as a potentially detrimental antagonist for an alcohol industry already on the defensive,” said Spiros Malandrakis, industry manager of alcoholic drinks, in Euromonitor’s whitepaper. BI