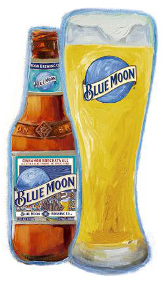 "Growing up in a Mexican family, I had horchata all the time when I was young, but then I rediscovered it in recent trips to Latin America," Villa said in a statement. "I wanted to develop a brew for adults that combined the refreshing and creamy attributes of the traditional horchata, so I'm beyond pleased that we finally made it a reality. It brings me great pride to introduce this brew into the market."

The 5.5 percent alcohol by volume brew starts out slightly sweet and ends with residual cinnamon spice, the company notes.