Hold onto your 3-D glasses! Coke Zero took advantage of stereoscopic and visual technology to launch its “Liquid Dream” theatrical ad in 3-D. With the help of 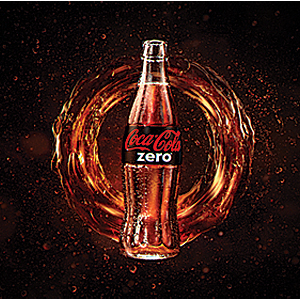 Legend3D Inc., which also converted the summer 2013 movie “Man of Steel” into 3-D, The Coca-Cola Co. and Ogilvy & Mather Paris converted the originally 2-D ad into 15- and 30-second on-screen adventures through a stream of Coke Zero, gliding in and out of liquid and light and interacting with golden light beams against a glowing, star-filled galaxy, the companies say.