Up Close With: Johnnie Walker

In the mid-1800s, Alexander Walker used his experience in blending teas to create some of the first blended Scotch whiskies in the world. As a result, he 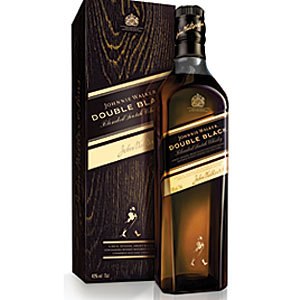 transformed the grocery business of his father, John Walker, into a global whisky business. First called Old Highland Whisky, he later renamed the brand Johnnie Walker in honor of his father, the company says.

Building off of its established base, the brand launched Johnnie Walker Double Black in limited distribution in 2011. After receiving a positive response from U.S. consumers when the whisky was rereleased earlier this year, the brand officially added the product to its permanent Scotch whisky lineup. Johnnie Walker Double Black amplifies the flavor profiles found in the brand’s original Black Label whisky, Radics says. As a result, the spirit has a smokier, more robust flavor profile, he adds.

“[Johnnie Walker Double Black] is really for those people that are currently drinking Black Label but in certain occasions they want to amplify the experience as well as [for] people who drink a lot of our single-malt [whisky],” Radics explains. “A lot of single malts pride themselves on smoke, peat — that type of taste profile — and Double Black can play a role in those drinking occasions as well.”

Other Johnnie Walker whiskies include Green Label, a single malt whisky; Gold Label, an 18-year blend; and Blue Label, a high-end blend of fine whiskies, he notes. Black Label, however, most often brings U.S. consumers into the Johnnie Walker franchise, he says.

Outside of the United States, Johnnie Walker Red Label often is mixed with cola, Radics says. However, in America, it is not as common for consumers to mix Scotch whisky with cola. In this market, North American whiskeys dominate the segment and fine whiskeys often are consumed on the rocks, he notes. Therefore, Johnnie Walker Black Label, which the brand suggests be consumed by itself over ice, features a more appealing option for the American palate, he says. Additionally, the increasing popularity of whiskey in the United States has created an opportunity for the Johnnie Walker brand.

“Some of the original classic cocktail recipes of Manhattans and Old Fashioneds actually used Red Label, so as a brand team, we’re reclaiming that ownership of Red Label and that cocktail culture that it once held,” Radics says.

Despite being more than 150 years old, the Johnnie Walker brand thrives by maintaining its contemporary, relevant status worldwide, Radics says. Globally, the Scotch whisky category has declined in recent years, whereas Johnnie Walker continues to grow, he adds. The brand’s global ad campaign, “Keep Walking,” embodies this drive behind the brand.

Johnnie Walker’s marketing initiatives have proven to be successful; therefore, it plans to increase its spending and focus on TV, print and out-of-home advertising as well as social media and experiential marketing initiatives, he says. This year, its House of Walker platform hosted events in nine cities, enabling consumers to experience the Johnnie Walker brand for themselves.

“This is an experiential platform where, by invite only, you have a chance to step into the world of Johnnie Walker and experience the brand — not only the … difference between the different whiskies from Red Label to Blue Label but also learn a little bit about the heritage and craftsmanship that is Johnnie Walker,” Radics explains. “We will be evolving that platform and continuing that moving into the fall and into next year.”

With a target audience between the ages of 28 and 35 and skewing toward men, Johnnie Walker also maintains a relationship with Hispanic consumers through its marketing communications, Radics notes.

“We have this great relationship with Latin American markets and the Latin American culture that’s been built over time outside of the States, and now with the Hispanic boom that’s coming and the generations of Hispanics that have been living in the space, we want to maintain that stature [and] maintain that role with those consumers,” he says.

Johnnie Walker also plans to stay relevant in terms of its product offerings.

“Come late summer, come the holidays, you’re going to be seeing some things from Johnnie Walker unlike you’ve seen in the last 15 years,” Radics says. “We launched Johnnie Walker Blue Label in the ‘90s, Johnnie Walker Double Black now is a permanent member, and we have some exciting news that’s going to be on the horizon as well.”