The Coca-Cola Co. names Imbera Most Valuable Supplier of 2012

Imbera’s quality of service, global presence, as well as standard bearing technology and innovations were just some of the reasons it was chosen to receive this 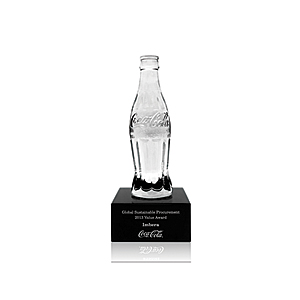 year’s Most Valuable Supplier award at the Partnerships for Sustainable Business Success event, hosted by Atlanta-based The Coca-Cola Co. on April 17 in Atlanta, according to Imbera.

The first-ever Coca-Cola Supplier Awards took place this year to honor the company’s top global suppliers. Imbera won in the Value & Strategic Alignment category, which makes it the most valuable Coca-Cola supplier of 2012.

The goal of this program is to give recognition to The Coca-Cola Co.’s best-performing suppliers as well as to align their goals and objectives, measure and analyze their results against critical metrics, and strengthen relations between the company and its suppliers, Imbera says.

To become a finalist for this award, suppliers must participate in a process twice a year whereby stakeholders respond to performance questionnaires for Coca-Cola suppliers of various categories, including metal, sweeteners, polyethylene terephthalate (PET), glass, carbonated soft drinks, equipment, transportation, agriculture and packaging, among others. A list of the Top 100 suppliers is compiled and 10 are selected from each category. The 10 most-qualified suppliers in each category are then nominated, and winners are selected based on performance results and key achievements.

Credit for winning this year’s award can be attributed to Imbera’s global growth trends, the company says. Imbera now exports to 40 countries, offers minimal total cost of ownership, is developing new technologies and innovations for its customers, and has its sights set on entering new international markets, it says.