Dollar sales in the carbonated soft drink (CSD) category totaled $18.3 billion for food, drug and mass merchandise retailers including Walmart for the 52 weeks 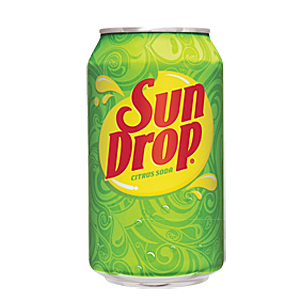 ending April 14, according to data from Nielsen, New York City. Although CSD dollar sales declined 0.5 percent from the same period in 2011, the figure represents a $421 million decline in the same channels since April 17, 2010, the market research firm’s data shows.

Dr Pepper Snapple Group (DPS), Plano, Texas, noted that the CSD category has lost 260 million cases to other categories since 2007, according to its presentation during the Consumer Analyst Group of New York (CAGNY) conference in February.

In 2011, CSD dollar growth in food, drug and mass merchandise outlets came from price increases, said Mintel Senior Analyst Garima Goel Lal in Beverage Industry’s April issue. The Chicago-based firm predicts that these price increases will remain in place this year and will drive Mintel’s prediction for 1.2 percent growth in CSD dollar sales in 2012, she said.

Goel Lal explained that various packaging sizes have helped CSD brands appeal to both health- and price-sensitive consumers. The Coca-Cola Co., Atlanta, introduced 12.5-ounce bottles of its CSD brands that retail for $0.89 each. In addition, PepsiCo, Purchase, N.Y., announced plans to release a 24-ounce can of Mountain Dew during the company’s fourth-quarter and full-year results call. DPS also introduced new 20-ounce grip bottles and 18-packs of its soft drinks in 2011.

Low-calorie and diet flavored soft drinks presented the highest increase in the category with dollar sales growth of 3.4 percent in Nielsen’s measured channels through April 14, 2012. With its launch of 10-calorie Dr Pepper Ten, DPS targeted consumers who had left the CSD category instead of its loyal diet consumers, explained Larry Young, president and chief executive officer of DPS during its presentation at the CAGNY event earlier this year. Showing faith in the platform, the company added 10-calorie 7UP, A&W, Sunkist and RC Cola varieties this year.

In late March, PepsiCo nationally introduced Pepsi Next, a CSD made with the company’s proprietary sweetener technology that delivers the taste of Pepsi with 60 percent less sugar. Pepsi Next is intended to meet the needs of a segment of consumers who are resistant to both full-calorie and diet soft drink offerings, the company said. During PepsiCo’s fourth-quarter and full-year results call, company Chairman and Chief Executive Officer Indra Nooyi hinted at an upcoming “breakthrough innovation” that will use natural zero-calorie sweeteners.

To entice consumers back to CSDs, the category’s top players also are experimenting with promotions based on combined purchases of beverages and snacks as well as new marketing programs. As part of its national launch of citrus-flavored Sun Drop, DPS partnered with an affiliated company of TV network MTV to develop a marketing campaign targeted at millennial consumers. Its Sun Drop TV ad featuring Matty, the Sun Drop girl, attracted close to 9 million views on YouTube in 2011, Young reported during the DPS fourth-quarter 2011 results call. Sun Drop led the company’s portfolio performance and posted 43 percent growth in the segment, according to DPS’ presentation at the CAGNY event. BI