Stiegl transforms from bottles to cans 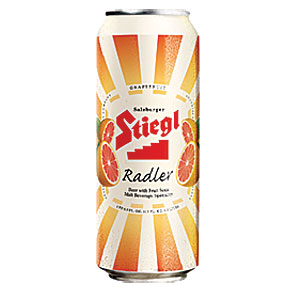 seen strong growth in the can segment in the United States, and we received numerous consumer requests after they tasted the bottle that they’d also like to buy that product in a can,” says Christopher Losmann, export director for Stiegl Brewery. He also notes that cans allow the Grapefruit Radler to be consumed during more drinking occasions, and the packaging helps protect the product from light and carbon dioxide during its journey from Salzburg, Austria, to the United States.  Distributed in the United States by Louis Glunz Beer Inc., the new can still includes the Stiegl logo, but the brand changed the rest of the design to make it more attractive, fresh and still keep the high-quality aspect in mind, Losmann says.