2012 State of the Industry: Tea and Ready-to-Drink Tea 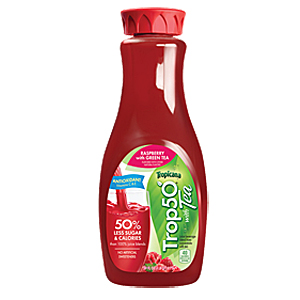 The canned and bottled RTD tea segment accounted for just more than 50 percent of the market share in measured channels and showed the largest growth in the category from 2009 to 2011 at 19.2 percent, Mintel noted. The second-largest segment, refrigerated RTD tea, made up

Bagged and loose tea sales growth remained small compared to the RTD segment, increasing 3.5 percent from 2009 to 2011, according to Mintel. Convenience via single-cup pods could help grow the segment, the report said. Based on the success of Celestial Seasonings’ single-cup tea pods, Mintel suggested that the pod packaging format might be a solution to the slow sales taking place in the overall bagged and loose tea segment.

Flavor is the No. 1 reason why consumers drink tea, according to the Mintel report. This explains why flavor innovation in RTD teas helped to drive growth in the segment, the report stated. In the RTD tea segment, lemonade-and-tea drinks have gained in popularity.

In addition to lemonade-and-tea combinations, tea is making an appearance in juice drinks and other categories. This spring, Purchase, N.Y.-based PepsiCo announced its new Trop50 line of low-calorie tea-infused juices. The line includes Peach and White Tea, Raspberry and Green Tea, and Pear Lychee and White Tea.

In addition to positioning and flavor innovation, RTD teas are turning to packaging to attract consumers. The economic downturn influenced consumers to buy bulk packaging to save money, experts say. Atlanta-based The Coca-Cola Co. introduced family-size packaging for its Gold Peak RTD tea brand, which is merchandised in the refrigerated section. Gold Peak increased 12.3 percent in the 52 weeks ending April 15 in SymphonyIRI’s measured channels.