Voters elect to remain part of United Kingdom
No Comments

After citizens in Scotland voted to keep the country a member of the United Kingdom, the Scotch Whisky Association (SWA), Edinburgh, Scotland, released a statement.“The people of Scotland have made a historic choice against the background of the most profound national debate,” said David Frost, chief executive officer of the SWA, in a statement. 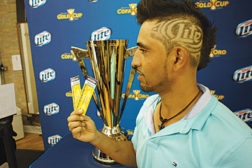 According to new research, Champagne does “go straight to your head,” in a manner of speaking. 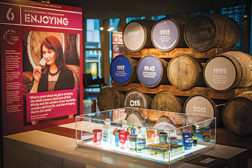 In honor of the Scotch Whisky Association’s (SWA) 100th anniversary, SWA brought together an array of images and artifacts, including images of whisky barrels being unloaded at the Broomielaw on the River Clyde in Scotland, classic advertising campaigns, and bottles from the last 100 years, from several Scotch whisky producers and enthusiasts for its “Scotch Whisky: From Grain to Glass” exhibition at the Mitchell Library in Glasgow, Scotland.

US remains top market with exports up 16 percent
No Comments

Rising demand for Scotch whisky from both mature and emerging markets saw the value of exports grow for the eighth consecutive year, according to the Scotch Whisky Association (SWA), Edinburgh, Scotland. Exports of the alcohol beverage hit a record £4.3 billion or approximately $6.5 billion in 2012, an increase of 87 percent in the last 10 years, the SWA reports. Scotch whisky currently leads the way for British food and drink in overseas markets, forming about 80 percent of Scottish food and drink exports and a quarter of U.K. food and drink exports, it says.