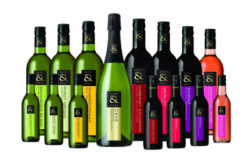 Wine sales in the United States from all production sources increased 2 percent from the previous year to a new record of 360.1 million 9-liter cases with an estimated retail value of $34.6 billion, according to Wine Industry Consultant Jon Fredrikson of Gomberg, Fredrikson & Associates, Woodside, Calif. Of this total, almost two-thirds or 207.7 million cases of California wine account for a 58 percent share of U.S. wine sales with an estimated retail value of $22 billion, he says. Including exports, California wine shipments to all markets in the United States and abroad reached 250.2 million cases in 2012, he says.