Leuven, Belgium-based Anheuser-Busch InBev (AB InBev) released a statement announcing that it has revised the final terms of its offer to acquire the entire issued, and to-be issued, share capital of SABMiller plc, London.

21 jurisdiction have given approval to combined brewing operations
No Comments

London-based SABMiller plc announced that the U.S. Department of Justice (DOJ) has given its clearance for the proposed combination of Anheuser-Busch InBev (AB InBev), Leuven, Belgium, and SABMiller.

The Boards of Anheuser Busch InBev (AB InBev), Leuven, Belgium, and SABMiller plc, London, announced that they have reached agreement in principle on the key terms of a possible recommended offer to be made by AB InBev for the entire issued and to be issued share capital of SABMiller.

New offer not submitted to SABMiller’s Board
No Comments

SABMiller plc, London, and Leuven, Belgium-based Anheuser-Busch InBev (AB InBev) released responses to press speculation regarding a recent approach made by AB InBev to SABMiller about a potential merging of the two companies. 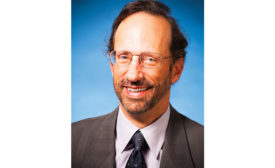 Why AB-InBev will not pursue SABMiller

Although it has long been the prevailing opinion that Anheuser-Busch InBev (ABI) would pursue SABMiller, I don’t believe this to be so for the following reasons.

London-based SABMiller plc reported total beverage volume growth of 3 percent, on an organic basis, in its first quarter of 2014, which ended June 30. In addition, the company’s group net producer revenue (NPR) was up 6 percent, and group NPR per hectoliter was up 3 percent, both on an organic, constant currency basis, in the term. 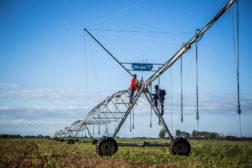 SABMiller plc, London, is scaling up its sustainable development programs with a set of new targets to achieve by 2020. The following initiatives are part of the company’s pledge:

Peroni Nastro Azzurro, an Italian beer brand of London-based SABMiller plc, is teaming up with AIDS charity (Red) as the official beer of Eat (Red). Drink (Red). Save Lives. The new (Red) campaign, which runs through June 10, is led by chef Mario Batali and butcher and meat purveyor Pat LaFrieda to raise money and awareness to fight AIDS. Peroni will provide support at a number of participating restaurants and bars across the country during the campaign.