Following the launch of its on-the-go cans, Kahlúa decided to give its traditional bottle a new look as well. The restructured bottle now has a more confident posture, 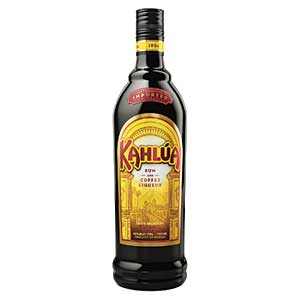 a metallic twist-off cap and an optimized logotype, which gives the label a sharper, more appealing look that remains distinctly Kahlúa, the company says. Kahlúa’s new, bold red shippers incorporate the brand’s signature “Delicioso” banner and a large “Rum & Coffee Liqueur” call-out below the case cut line, giving the secondary packaging an extra pop when stacked at retail, it adds. Labels for flavors such as Cinnamon Spice, French Vanilla, Mocha and Hazelnut have been given a warm, coffeehouse feel as well, Kahlúa says.