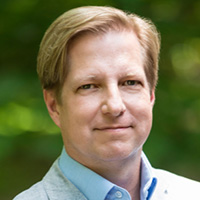 Richard Boyd is a serial entrepreneur, tech consultant, celebrated author and sought-after speaker on virtual worlds, computer gaming, machine learning and human/ computer interfaces. The co-founder and CEO of artificial intelligence and machine learning company Tanjo Inc., and the co-founder and CEO of Ultisim Inc., a simulation learning company that utilizes gaming technology and AI, Richard and his team work with a wide variety of industries including energy, healthcare, defense, education and motion pictures.

Richard co-authored a best-selling industry-leading book on Virtual Reality Modeling Language (VRML) technologies, called The Virtus VRML Toolkit. Published by Hayden Books, the book has been distributed and translated into several languages since its publishing.

Passionate and dedicated to education, Richard serves on the Wake Technical Community College Board of Trustees appointed by N.C. Governor Beverly Perdue and reappointed by N.C. Governor Pat McCrory. He also serves on the advisory board of the North Carolina Virtual Public Schools and serves on the Board of Directors of the Muse School, an innovative school founded by James and Suzy Cameron. Richard is also a celebrated children’s book author and is a graduate of the University of North Carolina at Chapel Hill.