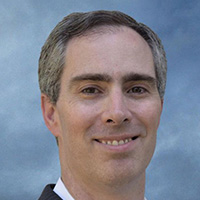 Neal is a venture capitalist and serial entrepreneur with 9+ startups under his belt, and one of the best seed-stage hit rates in cleantech. Neal helped launch the CVC fund at Royal Dutch Shell, co-founded 7 tech startups, and co-founded Jane Capital Partners a leading cleantech investor whose seed investees raised over $400M.

He began his career in private equity, and at Bankers Trust in energy, before learning startup investing at the parent company behind Yellowpages.com (Acq by AT&T). Neal maintains one of the largest networks in the sector.

He founded and operates Cleantech.org, and has been cited on energy in 100s of publications from Time Magazine to the WSJ. In 2018 he took time off to run for US Senate from TX against Beto O’Rourke and Ted Cruz, winning the Libertarian Party Nomination, and nearly upsetting the race. He holds a B.A. in Economics from Texas A&M.

With 41 years of managing fleets in the beverage industry, Ed started his career with The Coca-Cola Bottling Group in Houston. In 1988 Ed joined Silver Eagle Distributors, LP which soon became the nations largest distributor of Anheuser-Busch and Modelo brands, delivering some 50 million cases of product annually. Ed managed the operation of five maintenance facilities with equipment ranging from electric forklifts to class 8 OTR freight trucks and everything in between. The fleet at it’s high-point, consisted of over 1,700 units and maintained a highly visible quality profile, lauded as one of the best looking privately owned fleets in America.