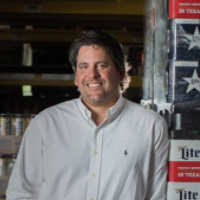 Starting full time in 1994 as a delivery driver, Julian has spent the last 24 years working in the beverage industry. Julian worked at Giglio Distributing from 1994 to 1999, where he stayed primarily in the wine and spirits department as a delivery driver, merchandiser, and then as a salesman. In 1999, Julian went to work for The Gallo Winery in the Louisiana market. There he worked as a salesman before his promotion to district manager. Taking the great training he received at the Gallo Winery, he came back to work for Giglio Distributing in 2001.

Currently, Julian is the Craft Import Sales Manager at the consolidated Tyler facility where he manages over 27 suppliers, which include Constellation, Heineken USA, Gambrinus, Boston Beer, and Mark Anthony to name a few. While managing those suppliers, Julian has spent the last 18 months planning, designing and managing the construction of the new facility.