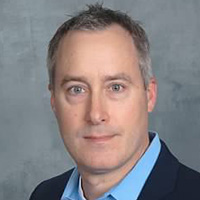 Joe Curran is a veteran transportation industry professional with over 23 years of experience working with the largest commercial truck fleets in the US.

Mr. Curran began his career in the Cummins Distributor Network focusing on drivetrain optimization and later managed National Accounts in an executive role at Peterbilt Motors Company, a Division of Paccar. In this role he was involved in numerous alternative fuel/Battery-Electric projects across the US.

Joe recently joined Jackson Group Peterbilt in Salt Lake City, Utah as Vice President of National Accounts. Mr Curran currently serves on the Board of Directors of the National Truck Equipment Association (NTEA) and is a past Board Member of the American Trucking Association (ATA).