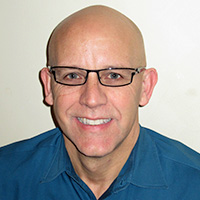 Gary Thompson, recipient of Beverage World’s 2015 Lifetime Achievement Award, is the chief operating officer and general manager of Powers Distributing of Michigan. Gary’s career in the beer business spans 35 years, beginning on the supplier side with Miller Brewing Company. He has been at Powers Distributing for more than two decades.

Gary started his career in public accounting prior to transitioning to the beverage business. Gary’s background includes significant work in mergers and acquisitions (both on the supplier and distributor side), systems development and finance. Gary is also a certified Client Facilitator in the FranklinCovey system.

Powers Distributing is the 2014 Beverage World Wholesaler of the Year, 2011 NBWA/Brewers Association Craft Beer Distributor of the Year, and has won over 30 supplier performance awards and several fleet awards. They are Michigan’s largest MillerCoors distributor. Powers carries more than 250 brands and an average of 2,000 SKUs. With more than 2,800 customers and $95 million in sales, Powers has doubled in size over the past 20 years. Powers runs more than 40 route trucks daily and uses over 10,000 gallons of diesel fuel per month.