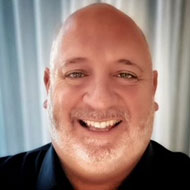 As Vice President and head of Tenth and Blake Beverage Company, Paul Verdu leans into his extensive experience successfully building brands, businesses and organizations to drive growth of Molson Coors Beverage Company’s (MCBC) craft development division. Paul is a member of the executive leadership team of MCBC’s Emerging Growth Team, helping to shape and execute the transformation the company into a total beverage player.

Tenth and Blake has become a leader in the US craft business by building a diverse, inclusive, performance-driven, entrepreneurial and collaborative team. The portfolio consists of both regional and national brands including Leinenkugel’s, Hop Valley, Terrapin, Saint Archer, Revolver, AC Golden and Atwater. As a Top 10 craft brewer, 10B brands continue to outpace overall craft segment growth and grow share.

Prior to his return to the US, Paul was President, SABMiller Canada from 2014 to 2016. Here he was responsible for the start-up of a new SABMiller business unit operating across all of Canada. He led the creation of a new team and established an able challenger culture to launch the business into a hyper-competitive market led by two strong competitors. He delivered double digit volume and revenue growth while hitting profit targets over two-year period. Paul then successfully delivered growth and maintained team engagement through the very last month of operation despite a protracted takeover period as ABInBev acquired SABMiller in Oct 2016.

In mid-2011 until 2014, Paul joined SABMiller and moved with his family to Johannesburg, South Africa as the General Manager of Global Premium Brands for South African Breweries. In this role he led the development and implementation of a new operating model and strategy and restructured the team into an entrepreneurial business unit designed to market and sell premium brands inside a large mainstream organization. Key processes pioneered and nurtured in South Africa were adopted by other SABMiller operations around the world. The portfolio turned from steep declines to sustained growth. Paul also served on the SABMiller Global Brands Leadership Team which oversaw the development of the import brands across the world.

From 2007 to 2011, Paul was Vice President of Marketing and Insights of Constellation Beer (then Crown Imports). He had full responsibility for all brands other than the Corona brand family including Pacifico, Negra Modelo, Victoria and most significantly, Modelo Especial, which Paul led through its transformation from a regional 1 million hectoliter brand to a 3 million hectoliter brand his 4 years. In this role Paul was responsible for all General and Hispanic Market activities. He also led efforts to build overall brand building capability by strengthening the marketing team and agency roster.

He first joined the beer business in 2005 where he was quickly promoted to Brand Director at Miller Brewing Company in Milwaukee, Wisconsin. While there, Paul grew the economy beer portfolio and led the integration two new brands and a selling organization after a key acquisition. Prior to joining the beer business, Paul had a successful career as a brand marketer at some of the world’s leading consumer goods companies including Nestle and SC Johnson.

Paul earned his MBA in Marketing from the Red McCombs School of Business at the University of Texas, Austin. He also was selected as one of 20 leaders within SABMiller to participate in the SABMiller Leading the Business Program, developed by the Oxford University, Said Business School. He is also a graduate of California State University, Sacramento with a Bachelor of Science Degree in Finance.