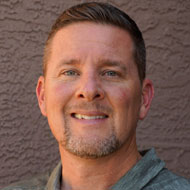 Mark Wilkins has worked in the Grocery Industry for 30 years. He began his career in 1991 at Skaggs Alpha Beta as a Courtesy Clerk. He soon realized that he had a passion for the grocery business so he set a goal to become a Store Manager. In 2003 he met his goal of becoming a Store Manager at Albertsons. After a few years of managing stores, Mark was offered a position in the corporate office to work in operations. He spent eight years in operations training and coaching stores associates before he moved into Category Management in 2014. Mark managed many different grocery categories for Albertsons/Safeway before he decided to make a career change and start a new journey at Sprouts Framers Market. He accepted a position at Sprouts as a Senior Category Manager and managed all shelf stable beverages. Currently he is the Director of Grocery Beverage and Beer/Wine.