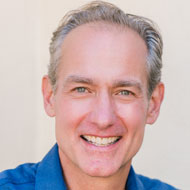 Prior to starting PowerPlant, Mark was the Founder and CEO of ZICO Beverages, one of the trailblazers of today’s $8B global coconut water category. Under Mark’s leadership, ZICO delivered nine years of explosive growth, became one of the fastest growing beverage brands in the world and was acquired by The Coca-Cola Company in 2013 with a recent reacquisition by PowerPlant in 2021.

Mark has advised more than 100 CEOs, raised more than $250MM, served on more than 20 boards and personally invested in over 30 social-impact startups across, food, beverage, health, technology and energy.

Prior to launching ZICO, Mark held a variety of management positions for International Paper. These included Global Marketing Manager for the Aseptic Packaging Division and Managing Director for the Beverage and Food Service Packaging divisions in Latin America and the Caribbean where he oversaw five plants with 300 employees and customers in 20 countries.

Mark began his career as a small-business development volunteer for the Peace Corps in Costa Rica. He is a graduate of Marquette University and has an MBA and Masters of Environmental Management from Duke University. Mark and his family live in Redondo Beach, CA.