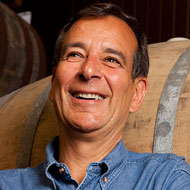 Jim Koch, founder of The Boston Beer Company and brewer of Samuel Adams, is passionate about craft beer. He founded the company in 1984 using his great-great grandfather’s recipe and as a sixth generation brewmaster, beer runs in his blood.
Over the past 32 years, Samuel Adams has become America’s leading craft brewery and with a continued focus and passion for innovation, and brewing more than sixty distinctive styles of beers, Jim still shows the same care and passion he had when he brewed his first batch of Boston Lager.
In April 2016 Jim published a book, Quench Your Own Thirst: Business Lessons Learned over a Beer or Two [Flatiron Books] which became an instant national best seller. He tells stories about building The Boston Beer Company and shares valuable insights he’s picked up along the way.