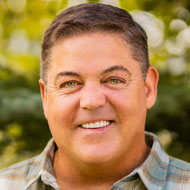 Jason Shiver has served as CEO of Waterloo Sparkling Water since August 2017, leading the brand to exceptional year-over-year growth, national distribution with strong retailer relationships, and category leadership in flavor innovation.
Prior to Waterloo, Jason was President of North America for Amplify Snack Brands, the better-for-you snacking company that includes SkinnyPop. As Executive Vice President of Sales and Marketing there, he was instrumental in helping to take the company public in August 2015 and won awards from both Nielsen and IRI for SkinnyPop’s performance.
From 2008 to 2013, Jason served as Senior Vice President of Sales and Marketing for Glutino USA, a gluten free snack food company, which was acquired by Boulder Brands, Inc, a diversified food company. And, prior to Glutino, Jason held several roles at Atkins Nutritionals Inc, the leader in low carb food and beverages, including Vice President of Sales.
From September 2001 to May 2003, Jason was a Southeast Regional Sales Manager at Acirca, Inc, an organic foods and beverages company. From August 2000 to September 2001, Jason was a National Account Manager at AriZona Beverages USA LLC. Jason holds a Bachelor of Science in Marketing from University of South Florida.
He was also a proud recipient of the Ernst & Young LLP (EY US) “Entrepreneur Of The Year 2020 Central Texas Award,” in Waterloo’s hometown. Nominees were evaluated based on six criteria, including overcoming adversity; financial performance; societal impact and commitment to building a values-based company; innovation; and talent management.