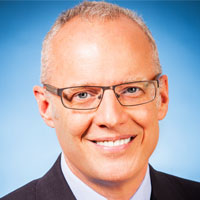 The company is the leading supplier of research, consulting, and financial services to the global beverage industry. In his role, Mr. Hemphill directs the company’s extensive research division consisting of approximately 30 in-depth Market Reports and directories that cover the multiple beverage markets. The company’s wide range of respected U.S. reports cover soft drinks, bottled water, beer, fruit beverages, New Age beverages, milk, wine, beverage packaging and more. In addition, Mr. Hemphill directs the company’s global beer and bottled water reports. Mr. Hemphill has more than 20 years’ experience in the beverage industry. He began his career with editing positions at newspapers, and then served as editor of the trade magazine Beverage Industry before joining Pepsi-Cola Company where he served as head of new product publicity. In 1995, Mr. Hemphill took on his current position at Beverage Marketing. He is widely quoted in newspapers and magazines, has been interviewed on radio, and appeared on television numerous times to discuss a range of beverage topics. Mr. Hemphill holds a bachelor’s degree in journalism from The Ohio State University.