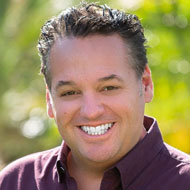 Danny Stepper is a brand creator, beverage entrepreneur and film producer with 20 + years of creating value with blue-chip organizations including THE COCA-COLA COMPANY, DISNEY, and RELATIVITY MEDIA. Stepper is currently the Co-Founder and CEO of L.A. LIBATIONS and the Founder and CEO of GLOBESTEPPER PRODUCTIONS.
Stepper is currently the Co-Founder & CEO of L.A. LIBATIONS. L.A. LIBATIONS is a next generation entrepreneurial emerging beverage brand incubator specializing in brand creation and incubation. L.A. Libations has deep retail relationships and serves as Emerging Brand Category Captain of record at many of the world’s top retailers. L.A. Libations has ownership in 13 companies, which are grounded in health and wellness, in emerging categories such as Zico Coconut Water, Core Water, BodyArmor, Limitless, Arriba and Space Shake. In 2019, MOLSON COORS BEVERAGE COMPANY acquired a minority stake in L.A. Libations.
Stepper started his career and spent 9 years in the Coca-Cola System where he played various roles in sales, marketing and brand management. Stepper made a name for himself at Coke by trailblazing relationships with the world’s largest retailers (specifically COSTCO, Wal-Mart & Target), creating dynamic teams, building brands while bringing innovation, entrepreneurialism, and creativity to a 100+ year old business.
Recruited out of THE COCA-COLA COMPANY in 2003 by Oscar winning Film Producer Lawrence Bender (Pulp Fiction, Goodwill Hunting, An Inconvenient Truth), Stepper produced the Disney Trilogy “Goal!” Stepper and Bender financed the projects through CPG companies, a Hollywood first. These landmark deals were with global powerhouses; ADIDAS, FIFA & THE COCA-COLA COMPANY. To date Goal! Is the largest branded entertainment integration deal in the history of Hollywood and Madison Ave.
Stepper has produced 7 feature films via his production company GLOBESTEPPER PRODUCTIONS, Stepper is currently producing the animated film ANIMAL CRACKERS starring John Krasinkski, Emily Blount, Danny DeVito, Sylvester Stallone & Ian McKellen.
Stepper holds an MBA from Pepperdine University, a BA from Westmont College in Santa Barbara as well as international degrees from Collegio Magisterio (Spain) and Instituto De Lingua Espanol (Costa Rica). Danny is bi-lingual in English and Spanish. Stepper is currently on the Board of Advisors at Westmont College in Santa Barbara.