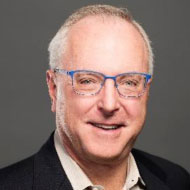 Bill Newlands is Constellation’s president and chief executive officer. Bill is responsible for providing strategic leadership and working with the board of directors to establish long-range goals, strategies, plans, and policies. He leads the executive management committee and is a member of the board of directors. Bill joined Constellation in 2015 as EVP, chief growth officer. In 2016, his role expanded to include leadership of the Wine + Spirits Division. In 2017 he became the company’s chief operating officer and in 2018 his role expanded to include president. Bill previously served as president, North America at Beam, Inc. Under his leadership, Beam became one of the fastest-growing companies in its category. Previous appointments include president, Beam Spirits U.S. (2008-2010); president, Beam Wine Estates (2005-2007); president and CEO, Allied Domecq Wines USA (2002-2005); CEO and board director, wine.com (1999-2001); managing director, U.S. and global marketing officer, LVMH Chandon Estates (1996 – 1999).