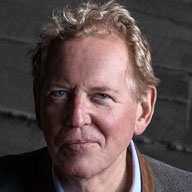 Anthony started-up the Mark Anthony Group of Companies at the age of 22 out of a 100 square foot office without a dime. Without outside financing or shareholders, his infectious passion and an unwavering commitment to taste, innovation and creating ‘new to world brands’ has resulted in what this year will be $4B international drinks company. Mark Anthony has been built organically, not thru acquisitions, pioneering new beverage categories and building brands from the ground up.
Mark Anthony created the FMB category on April Fools’ Day 1999 with the launch of the iconic Mike’s Hard Lemonade. The Company has invested significantly over 15 years to develop innovative brewing and patented technology for Mike’s and subsequently White Claw, “the purest hard seltzer in the world”. Mark Anthony is currently investing $485 million in major new breweries and expanded production capacity in America, where White Claw Hard Seltzer leads the explosive hard seltzer category with an over 60% market share. Mark Anthony has become the 4th largest beer company in the U.S. and growing at +100%.
Anthony has been called the ‘Robert Mondavi’ of Canada where he pioneered high-end winemaking and technologically advanced organic farming in British Columbia’s Okanagan Valley. His 7 wineries have won Trophies for ‘World’s Best Pinot Noir’; ‘Best Chardonnay in the World’ and the first-ever perfect 100-point score in Canada. Mark Anthony owns the Glendalough Distillery, Ireland’s first craft whiskey and gin distiller, and developed an innovative new- to-world Canadian Whisky, Bearface which won ‘Gold’ at the 2019 International Wine & Spirit Competition in London, and awards for ‘Best New Whisky’ and ‘Excellence in Innovation’ at the Canadian Whisky Awards and is changing the way consumers view Canadian Whisky. The Toronto-based Mark Anthony Wine & Spirits business is Canada’s leading fine wine importer and distributor and distributes White Claw and import beers there nationally.
Anthony is the recipient of Canada’s highest civilian honor, being appointed as an Officer of the Order of Canada. A former YPO International Board Member, Anthony has served on various University Business School Boards, holds four Honorary Doctorates and is a recipient of the Ellis Island International Medal of Honor. In 2019, Anthony was presented with a ‘Lifetime Achievement Award’ at the 26th annual Beverage Forum in Chicago, and he is the co-recipient of ‘The Warren Bennis Award for Leadership Excellence’ alongside A.G. Lafley, CEO of Procter & Gamble. Previous winners include Mikhail Gorbachev, Benazir Bhutto, and Howard Schultz. In addition, he is the Chairman of The von Mandl Family Foundation, supporting cancer research in U.S. and internationally.