To celebrate the 50th anniversary of its Hearty Burgundy wine, Gallo Family Vineyards has produced a limited-edition bottle that pays homage to this varietal. 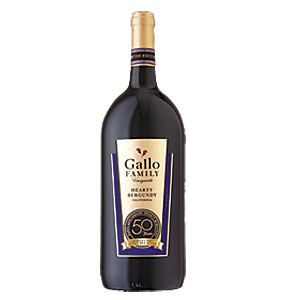 Harkening back to the original blend, this golden anniversary beverage packaging was crafted after careful consultation with the blend’s original winemakers. The limited-edition bottling of Gallo Family Vineyards Hearty Burgundy was released in February with a suggested retail price of $9 for a 1.5-liter bottle. In addition to mimicking the style of the original wine label it will feature a special gold label, as a nod to the wine’s “golden anniversary,” and bear a 50th anniversary seal.