“King of Beers” takes on a new meaning for Anheuser-Busch’s new Budweiser Black Crown beer, which won national distribution through the brand’s Project 12 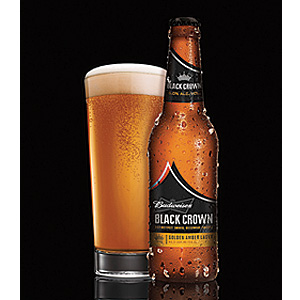 initiative. After being selected as one of three beers in the Project 12 sampler pack, the beer went on to receive the highest number of votes from more than 25,000 Americans of legal drinking age. Budweiser Black Crown now is available on- and off-premise in 12-ounce bottles in six- and 12-packs as well as 22-ounce single bottles. It also recently made its debut on TV in a 30-second commercial during the Super Bowl.

Budweiser puts beer to a vote